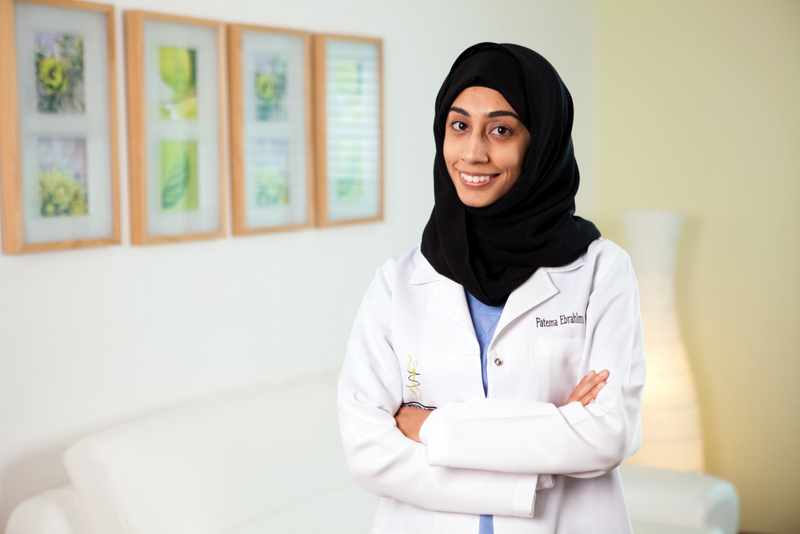 Fatema Ebrahim, Bahraini physiotherapist, grew up in a small family of four members. During her childhood she developed a passion for reading, especially stories and illustrated books. At high school, she furthered her interest in the sciences and planned to embrace the medical field as her profession.

Shortly after her graduation from secondary school in 2007, she became convinced that her career would be in physiotherapy. Fatema studied physiotherapy at Ahlia University in Kingdom of Bahrain, and graduated in June 2011 to become a qualified physiotherapist.

Since then she has attended further advanced courses in order to improve her skills. She believes that this is a continual process as she believes that a good physiotherapist should never stop learning.